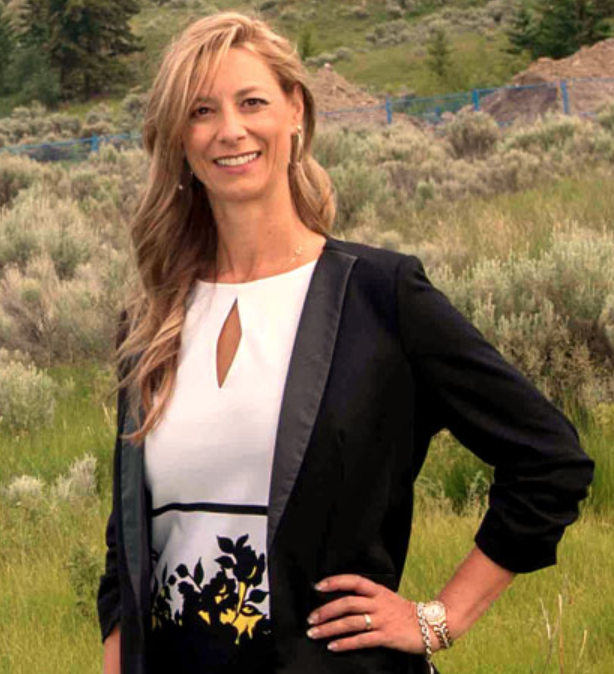 Want a resilient, empathetic and knowledgeable agent to help you buy or sell real estate in Kamloops and area? Lisa is who you should contact!

Earning Rookie of the Year in her area and earning the Sales Achievement award, Lisa puts everything into selling your property for the highest dollar in the shortest amount of time OR finding your dream property.

Lisa was born and raised in Saskatoon, SK, and moved to Victoria, BC as a 17-year-old. Living independently in a new city, she quickly learned the value of hard work, independence, and resilience. 13 years later, after completing high school and four years of CGA schooling, working in public practice and starting a family with the arrival of her son in 2001, she moved on to her favorite city, Kamloops, BC….which instantly became ‘home’.

In 2003, her daughter arrived, and with her, came the urge to work from home. For 14 years, she was with a prominent Canadian direct selling business, learning the art of negotiation, networking, marketing, and developing her skills as an entrepreneur, businesswoman and individual. She can’t wait to use these skills to help you reach your Kamloops Real Estate goals, whether buying, selling or leasing! Married now, with two step-children who were also raised in Kamloops, she enjoys Kamloops and all it has to offer – outdoor fun, sports, and amazing people!

Throughout the years she has always given back to the community with donations in time and money to fundraisers such as Ducks Unlimited, KMHA teams, SPCA, Heart and Stroke, Relay for Life along with many others. One of the main organizations she currently supports is Royal LePage’s Shelter Foundation, which helps locally at the Y Women’s Shelter. Lisa has also contributed to Kamloops’ Real Estate Association by serving on the Education Committee. Giving back has always been important and remains so today, which is why she donates to any charity of her client’s choice for every Buyer or Seller who completes a real estate transaction.